[on acting]
“The darker, more complex and emotional the part is, the easier it is for me. But I don’t take any of that stuff home with me at the end of the day.”
-Elisabeth Shue 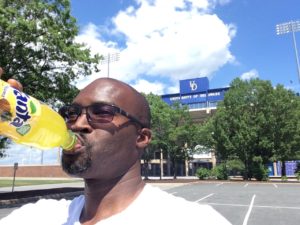 I did not stay long in Delaware so there’s not much to talk about. It’s a beautiful state and you don’t have to pay sales taxes on most retail items. Growing up, I always thought that was a joke but it wasn’t. And THAT aspect of Delaware, I do like very much.

Besides that, it doesn’t seem like there’s anything else going on in Delaware. Oh wait … it’s a good place to set up a business but yeah, that’s it. If there’s more, let me know. No one ever RAVES about Delaware. It’s just kind of — there — in the wind. No one ever goes, “Dude, you gotta go to Delaware and check out ____!”, like they would about Las Vegas, New York or New Orleans.

With that being said, here’s an interesting list I’ve compiled throughout my trip that I think is fun.

Hope you enjoy it.

Most Asked Questions About My Trip: