“Failure is a great teacher, and I think when you make mistakes and you recover from them and you treat them as valuable learning experiences, then you’ve got something to share.”
-Steve Harvey

Steve Harvey was born in Welch, West Virginia. He is the epitome of the long, tough road to success. He’s been through it all as a comedian, an African-American male, host, businessman, producer … you name it. So, I guess it’s appropriate that for my West Virginia fanta selfie, my story turned out to be one of determination and courage.

After having a little too much fun in North Carolina, I found myself behind schedule trying to get to Philadelphia (an 8 hour drive with stops in D.C., Maryland and Delaware) by Sunday morning.

My boy Sam and I partied it up in downtown Durham and had a helluva time dancing to some old school hip hop. The DJ was great. Big thanks to that dude.

But now, imagine driving the next day on the I-95 North, which I’m sure Steve Harvey has done many times, at 1 o’clock in the morning and you NEED to get a selfie with some sort of West Virginia signage.

You plan on spending the night in Maryland due to it being so late but before that, you REALLY want to get this West Virginia selfie out of the way because it’s 1 hour off the I-95 freeway path.

So what do you do? You drive to the West Virginia-Virginia border, which is in the doldrums of darkness, farmland, bugs, lakes and plenty of unknowns and BRAVELY snap the photo below!

In my Kevin Hart voice: 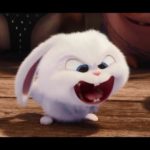 I WAS ON A MISSION PEOPLE!

A huge shout out to my car for providing the creepy-like lighting for this photo and the many bugs crowding my headlamps (not shown) that were all trying to escape West Virginia and fly into my car.

And now that I’ve really had some time to take a look at this photo, something stands out to me: “Wild and Wonderful”. It was wild as hell trying to get that photo, driving in the wilderness but it feels wonderful now that I’m okay and can look back and laugh at that crazy decision. I could’ve easily done it early the next morning but that would’ve been too easy.