“I have always been a fan of that immersive theatre idea that there is some kind of puzzle unfolding, and that things are happening around you without you knowing it.”
-Neil Patrick Harris

WELCOME TO NEW MEXICO: THE LAND OF ENCHANTMENT

So, while leaving the state of Arizona, which seemed like FOR…EVER, it started raining hail drops and I could see lightning activity to my right. I called them hail drops because they looked like 4 times the size of regular raindrops.

Let’s get things straight very quickly. I was scared. Very scared. But not because of lightning. Mainly because the films of water on the freeway just seemed like hyrdoplaning disasters waiting to happen. I only felt my car hydroplane once, very briefly, so I virtually patted myself on the back for remembering the rules for driving in the rain: SLOW DOWN and DON’T SWERVE ALL OVER THE PLACE! (these are the kinds of things you learn growing up in Philly)

After finally arriving in Shiprock, New Mexico, I spoke to a Navajo man who told me about the “four corners” I had missed the opportunity to experience 30 miles back. Basically, there was a nice piece of land I could stand on and be in 4 different states at the same time (New Mexico, Arizona, Utah and Colorado). I was not about to drive back 30 miles when I had a 7-hour trek ahead of me to Denver. Just the thought of it at the time made me want to fly home (to California) and go to sleep.

But alas! I stayed.

And as a result, I noticed that New Mexico, like Arizona and Utah, had some sweet rock formations as well.

Many of these particular rock formations looked a lot alike. I don’t think Mother Nature gets enough credit sometimes for the things she manages to do.

I included a picture of a rock formation here and applied the NOIR filter for extra added creepiness. Click on it to see a bigger version.

In conclusion (maybe), Shiprock, New Mexico seems to be home to Natives who love two things: jewelry and KFC. I saw a few jewelry stands and their sellers on the side of the road and noticed two KFCs in town, one of which, I decided to pop into and have some lunch.

If you ever go, don’t eat there. For the next 7 hours, my stomach kept asking me if I was going to end up like Harry in Dumb and Dumber.

I didn’t but man, I was worried about it for too long.

Thanks a lot New Mexico!

By the way, what’s that BIG POINTY LOOKING ROCK THING in the distance? 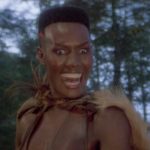 Upon closer inspection, it looked like the castle from Conan The Destroyer. 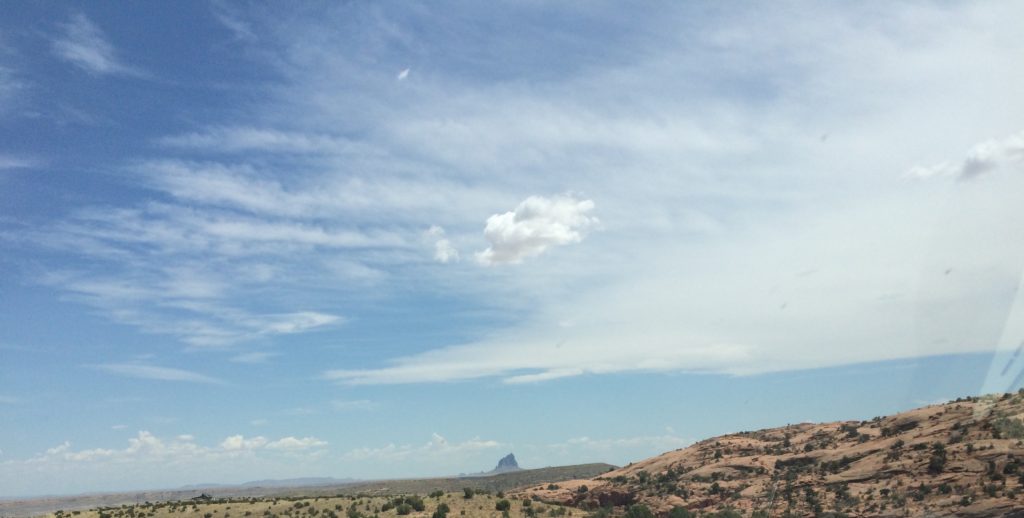